Critics have accused the USDA's new "Know Your Farmer, Know Your Food" program of siphoning money from rural farming areas to prop up "urban locavore markets." As a farmer, I feel the opposite is true. The program is specifically looking for ways to create more agricultural opportunities in rural areas by removing barriers to small-scale farming.

As described in a previous Watershed Media blog post, a trio of Republican senators, including John McCain, recently wrote a letter to Secretary of Agriculture Tom Vilsack complaining that the program is "aimed at small, hobbyist and organic producers whose customers generally consist of affluent patrons at urban farmers markets.” The subtext of this statement is this: the "Know Your Farmer" program is supporting small-scale meat and vegetable farmers who sell directly to consumers instead of big agribusiness farmers that grow commodity crops like corn, soy, and factory-farmed animal products. And in this the senators are right; "Know Your Farmer" is trying to make it easier for small-scale, rural farmers to survive. 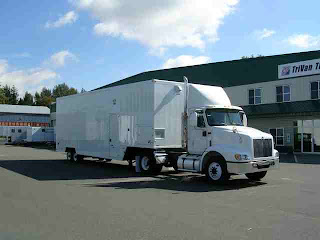 Funded under "Know Your Farmer," the USDA has recently rolled out a series of tools to promote small-scale meat processing in rural areas. At a time when the vast majority of the meat industry is controlled by three or four multinational corporations, local processing facilities are sorely needed. In many regions, animals farmers would currently have to trek their livestock across state borders to find the nearest state or federally approved processing facility. A study funded through "Know Your Farmer" shows all the geographic gaps between the country's meat producers and the facilities that can legally process their chickens, steers, and hogs. The study's charts show hundreds of counties with no nearby options.

To help close these gaps, the USDA is promoting mobile slaughter units--essentially butchers on wheels, able to travel from farm to farm to process meat where it wouldn't otherwise be possible. There are currently only nine such roaming facilities in operation in the U.S. (4 in Washington State and one in Alaska, California, New Mexico, New York and Texas). A group of farmers in San Juan County, Washington organized the first of these mobile less than ten years ago. The 36 foot truck and trailer unit began accepting animals for processing in 2002. It can process 10 beef, 24 hogs, or 40 sheep per day with two butchers.

According to Neil Gaffney, press officer for the Food Safety and Inspection Service, "mobile processing facilities are viewed by the USDA as one mechanism that helps support the goals and objectives of 'Know Your Farmer, Know Your Food.'" To help spur more development of mobile slaughter units, the USDA has taken the following steps (as detailed by Gaffney):


The hope is that, over time, these efforts will help build the infrastructure needed to support small-scale, regional meat producers.

But why is it important to help small-scale farmers in the first place?

In today's agricultural arena, small-scale, family farms are routinely being squeezed out by corporate operations. In several years' time, we may be hard pressed to find more than a hand full of small, independent growers. According to a recent Worldwatch report, only four companies control 60 percent of terminal grain facilities. Cargill, Archer Daniels Midland, and Zen Noh control 81 percent of U.S. corn exports and 65 percent of soybean exports. And three companies--JBS, Cargill, and Tyson together dictate over 75 percent of the U.S. beef market and four companies more than 65 percent of the U.S. pork market. Chicken and turkey are not far behind. In almost every agricultural sector--from meat production and processing to fresh fruits and vegetable farming--the little guy is becoming an endangered species.

The USDA is wise to identify this trend as a potential long-term problem and take steps to stop the bleeding. Agricultural consolidation poses major risks to both our food safety (outbreaks are hard to track in the factory-farming model) and our food security (if we delegate all our agricultural resources to a few companies, we're more likely to lose them.) Corporate consolidation also threatens to dismantle the rural communities that have formed the bedrock of the nation for centuries. As agriculture becomes more and more large-scale and mechanized, farmers find themselves out of work and farming communities have to shutter their doors. To combat this, Neil Gaffney says, "the initiative is working to break down barriers that keep local food systems from thriving, and create new opportunities for farmers, ranchers, consumers and America’s rural communities."


For information about all the mobile slaughter units around the country: http://www.extension.or/page/Mobile_slaughter%2Fprocessing_units_currently_in_operation

For photos and video of mobile slaughter units:
http://www.mobileslaughter.com/photos.htm